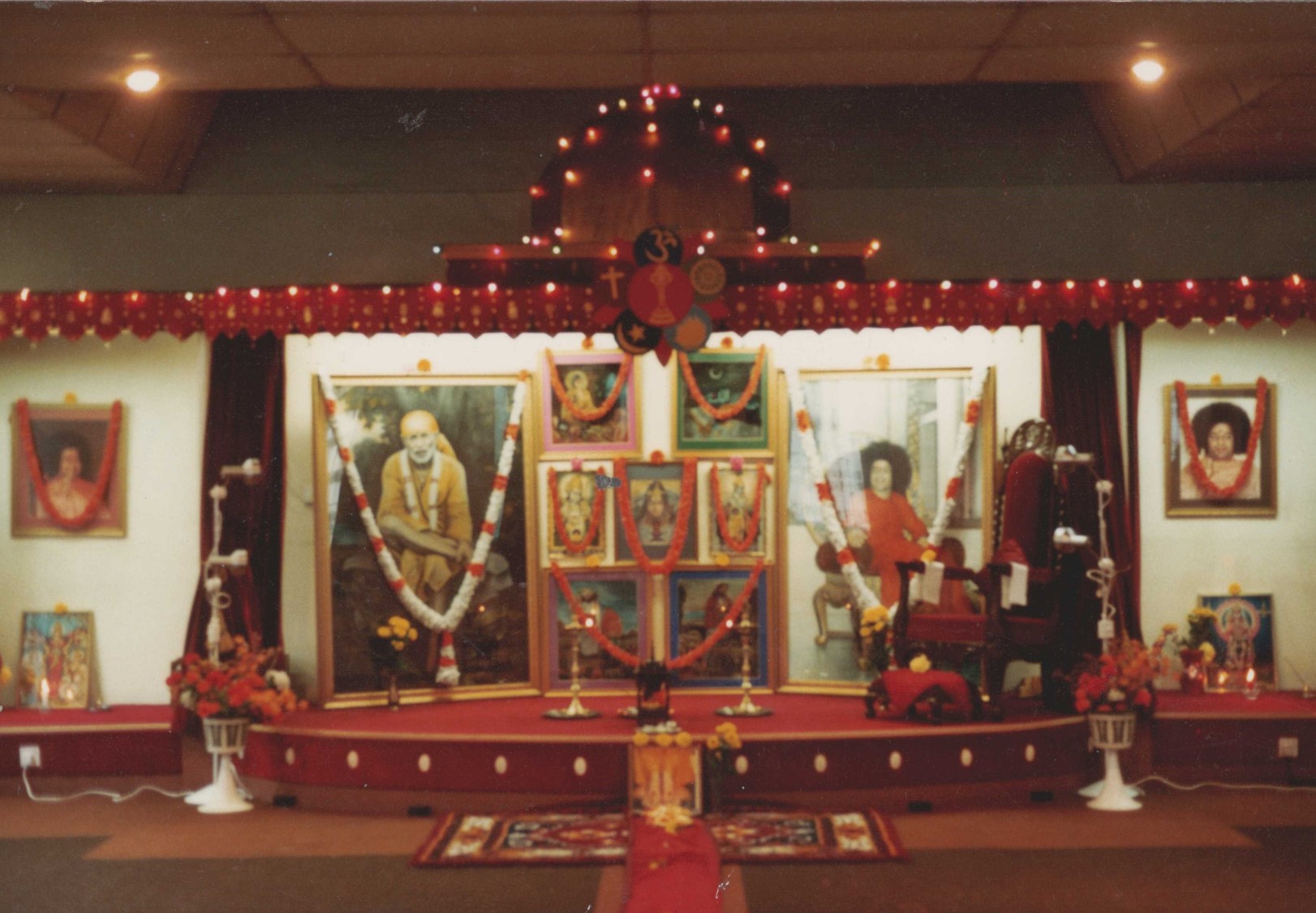 “It all began with a dream. A dream that did not seem to be very important at the time that set in motion a chain of events that have led us to this moment in time.”

In March 1978, my mother had a dream in which Swami (Sri Sathya Sai Baba) came to her to hire a hall exactly three quarters of a mile away from her home so that He could stay there and attend a wedding she was inviting Him to attend. My mother did not take the dream seriously. After two weeks on the 23rd March 1978, Swami came in her dream again. In the dream, He was enjoying bhajans in a small hall within walking distance of our house; the look He gave her made her suddenly feel guilt and remembered what He had asked her to do in the previous dream. He also told her to teach the children religion from their young days.

As soon as she woke up that morning, she set to work researching in her usual methodical way. She remembered having heard about a hall that might be suitable called Little Hall, in Durnsford Road; she checked the distance and found it was exactly three quarters of a mile from home.

She had the urge to start the bhajan straight away and booked the hall on the 2nd April 1978 and for every first Saturday of the month from then onwards! Since she was not sure of the format and running of the bhajan, she sought the help of Dr Pasupathy Rajah who showed a film of Swami for the first time in Wimbledon and arranged a speaker for some of us in Wimbledon. As he was on call that weekend, set to start the bhajan, he instructed various other people to help and finally ended up with Aunty Rajes Sivayogam who brought the bhajan singers from the centre run by Dr Aruna Nath in Bromley; thus, the monthly bhajans in Wimbledon started. Soon after this, the Balvikas classes started in our home on a weekly basis. In July 1978, Aunty Sivayogam and my mother during her first ever visit to Swami had the fortune of being called for an interview in which Swami confirmed His satisfaction with the bhajans. He advised her not to worry about the numbers attending the bhajans, quality is more important than quantity and also to do everything with love.

And thus, it continued until December 1980. And this led to the point when Swami decided that He should have a permanent home for His Sai Children here in Wimbledon.

At about the same time, my father had the urge to start a prayer meeting for Lord Ganesha for the benefit of the Hindus in the area. He got down a statue of Lord Ganesha from Sri Lanka and arranged a priest to do abishekam and pooja for the deity every Friday. It so happened that this was happening in the same hall in which Swami appeared in the second dream!

In December 1978, my father went to Puttaparthi and was called by Swami for an interview with a small number of devotees from the UK including Uncle Kirit Patel. In the interview room, my father talked to Swami about his wish to build a Ghanapathy Temple and an adjacent Sai Mandir for the devotees in the UK and asked for Swami’s blessings in order to find and buy a suitable property before August 1980. Swami materialised an exquisite 2 inch Panchaloga statue of Lord Ghanapathy on 31st December 1979 and said, “Build the Mandir soon, I am coming to London!”

After a few months of fruitless searching, the caretaker of Little Hall suddenly died, and his wife told my parents to contact Sir Cyril Black’s son regarding the continued letting of the halls for bhajans. As that weekend was the date for the monthly bhajans, the son of the owner very kindly came to our house to drop off the keys. When he came in, he saw Swami’s picture and asked who He was. When my father explained who Swami was and that they were looking for two halls adjacent to each other for a Ghanapathy Temple and Sai Mandir, he thought for a moment and then suggested the Churchill Halls in Effra Road and said he would contact his father currently in South Africa for permission to do so. He left saying that he would contact them and let them know.

After a few months of waiting and praying, Sir Cyril gave his permission and as promised by Swami, the contracts for the purchase of the Churchill Halls at 125-133 Effra Road were exchanged in August 1980. From then on everything moved quickly. Interestingly, we knew the property because we went to nursery in the main hall and later studied Bharatanatyam in the attached hall which is now the Sai Mandir.

On 5th December 1980, when my mother went to India, she took a copy of the deeds with her and offered them for blessing at Swami’s Lotus Feet.

In 1983, the Wimbledon Sai Centre was registered in the Sai Mandir and sadly soon after, a difference of opinion crept in. In the same year, some of the devotees decided to move out taking the Wimbledon Centre name with them. It was a point of great sadness to us all, but many chose to continue activities in the Sai Mandir. But without a centre name, it meant that our Balvikas children who continued to increase in number were denied the opportunity to participate in the Regional and National activities. This was the main point of heartache for Balvikas teachers and parents.

But, as we have found throughout the Mandir history, when we have ever needed help, Swami always sends His special instruments to do His work. This time, it came in the form of Mr. Victor Kanu – President of Graveney Centre, not too far from the Sai Mandir. When he heard about what was happening to the children, he and his wife Genevieve were outraged and came and opened their centre name and provided their fullest support for the sake of the children. Uncle Ramanathan became the first President of the Graveney centre in the Sai Mandir. Uncle Victor and Aunty Genevieve gave their fullest support, as high school teachers they used their knowledge to train us children in public speaking, performing arts and general administration and management. We were part of their first EHV group and they produced books and publications of our work. They were like a history school for us, especially Aunty Genevieve who taught us to be strong, confident young women.

On 12th January 1986, a permanent exhibition at the Sai Mandir by children, youth and teachers at the Mandir was opened by Mr Lucas Ralli, the then chairman of the UK Council, and we continued participating fully in Regional and National activities.

On 2nd April 1989, an audio cassette of new Tamil bhajans was produced and composed by the bhajan teachers and sung by the children. On 2nd August 1989, Swami took the first copy of the tape in the presence of the group of children, youth and teachers who were involved in the production of the cassette.

In 1989, the Merton Sai Centre name came to be registered with the Central Council of the UK and once again, our dear Uncle Ramanathan was the first president of the Centre.

On 24th August 1989, a small fire started in the altar causing superficial damage. At the time, my father was in Prasanthi. Swami called him for an interview and gave permission to rebuild the altar on the other side to open up the meditation room and Dharma Nilayam as an extension of the Mandir as the hall was getting so crowded for bhajans. I must say that by now the congregation had grown to full capacity in the Mandir. More space was needed, and Swami showed us the way. Again, in a dream He appeared to be resting on a chair behind the Mandir that belonged to the neighbours. We took the clue and negotiated with the neighbours and purchased a portion of their land. Soon we managed to build a three floor extension which provided additional spaces for bhajans and Balvikas classes.

In September 1990, the new altar was opened with 65 days continuous Namasmarana to commemorate Swami’s 65th Birthday. Dr. Gadhia started Namasmarana with 65 kalasas arranged in a beautiful pattern in front of the altar. Many miracles happened during these 65 days. Swami provided support especially during the night when only a handful of people were chanting; all of a sudden, an additional voice would join them which rejuvenated their energy levels. The 65 day and night continuous Namasmarana increased the positive vibrations in the Sai Mandir.

By Mrs G. Maheshwaran (1st January 2006 on the occasion of the 25th anniversary of the inauguration of the Sai Mandir of Wimbledon) 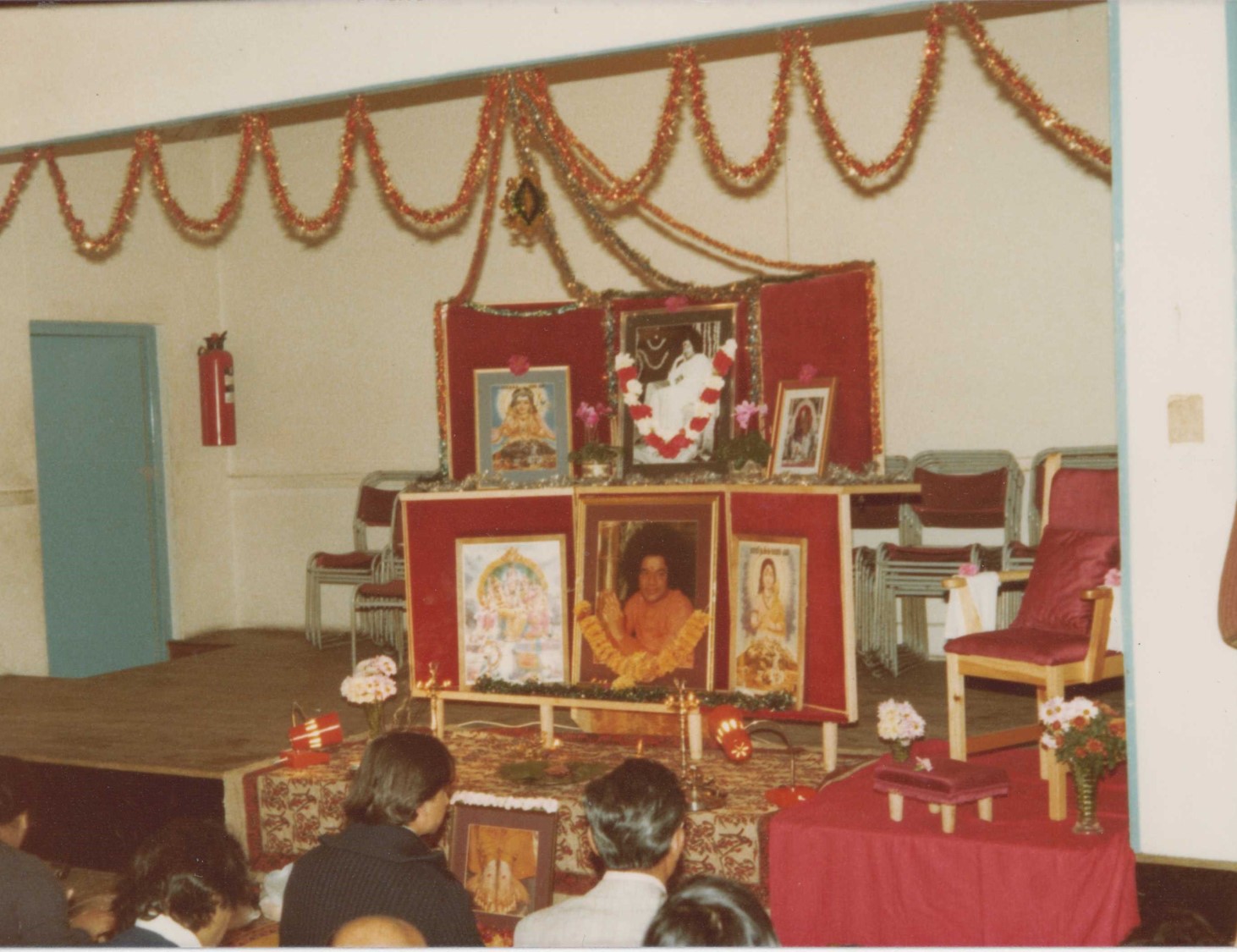 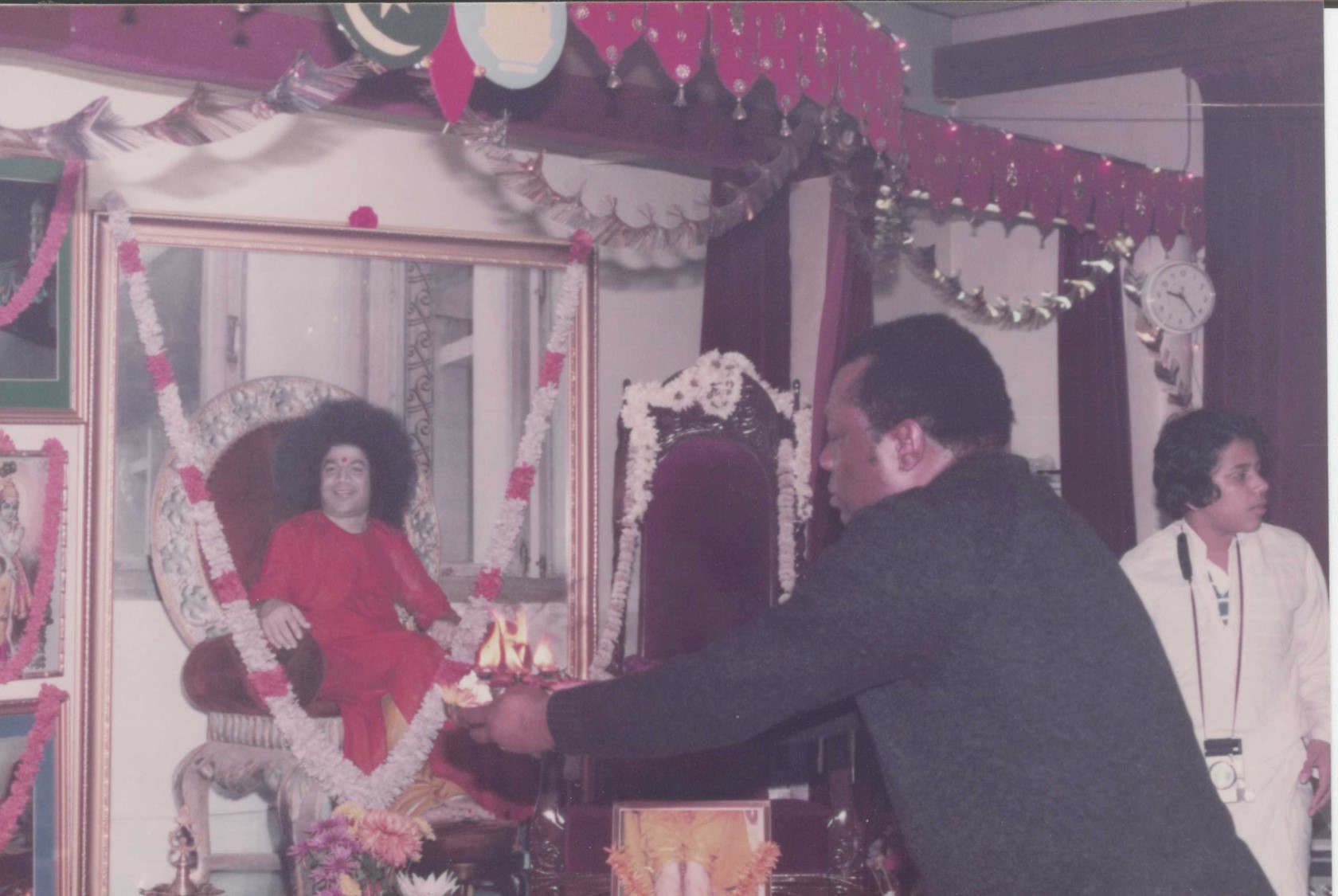 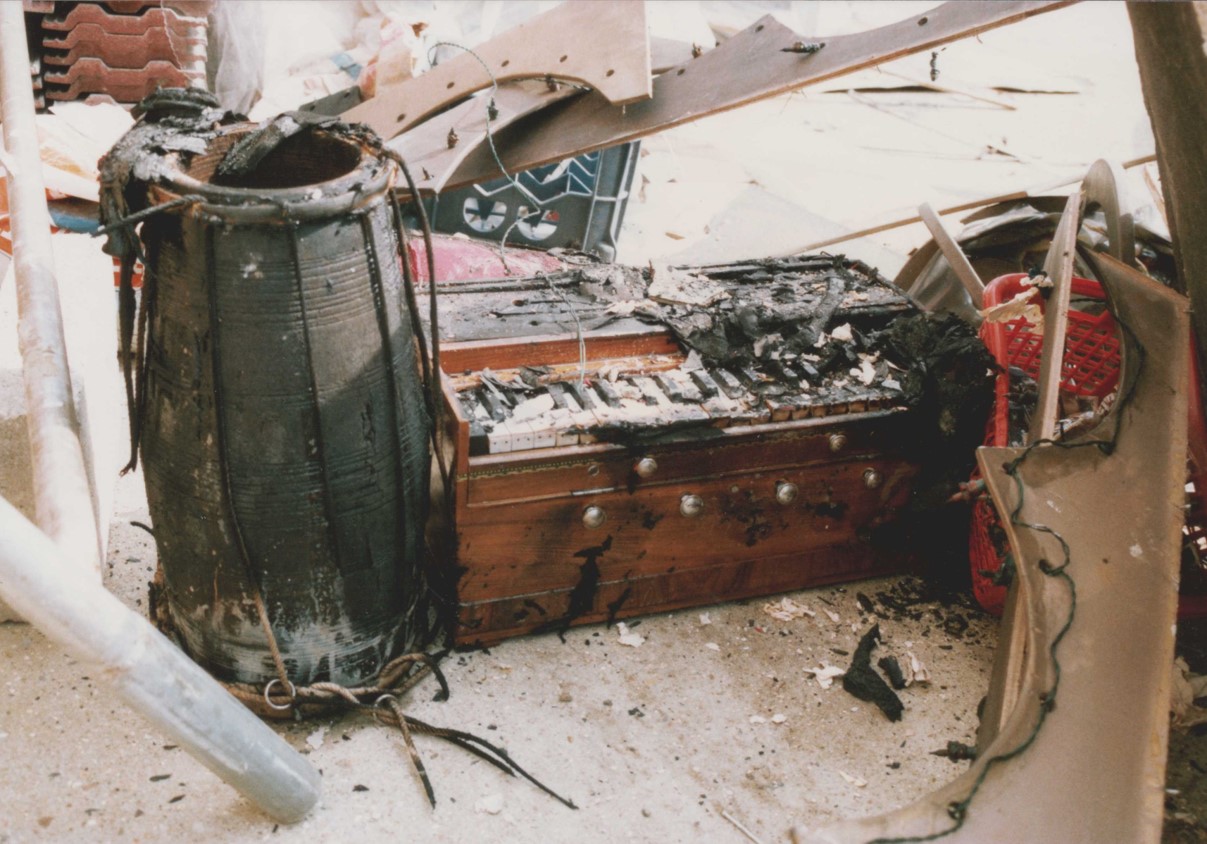 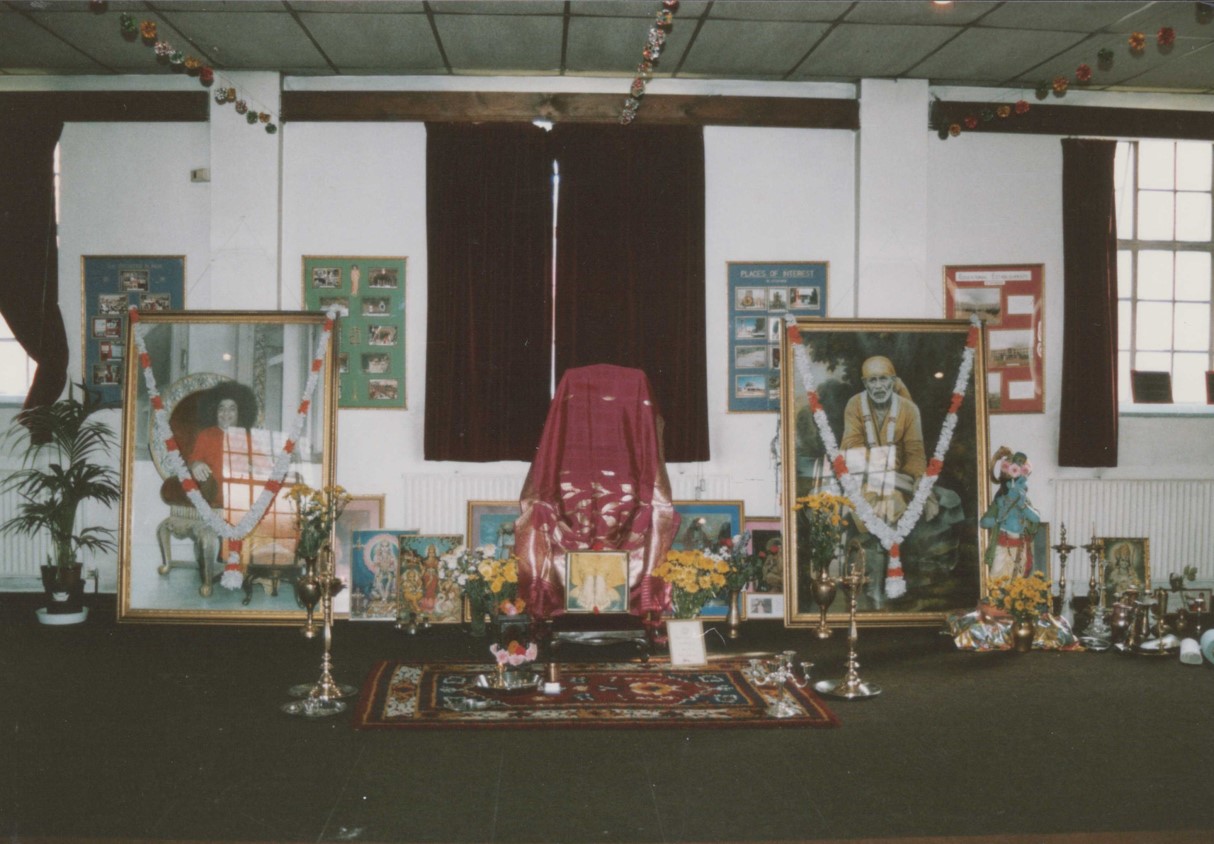 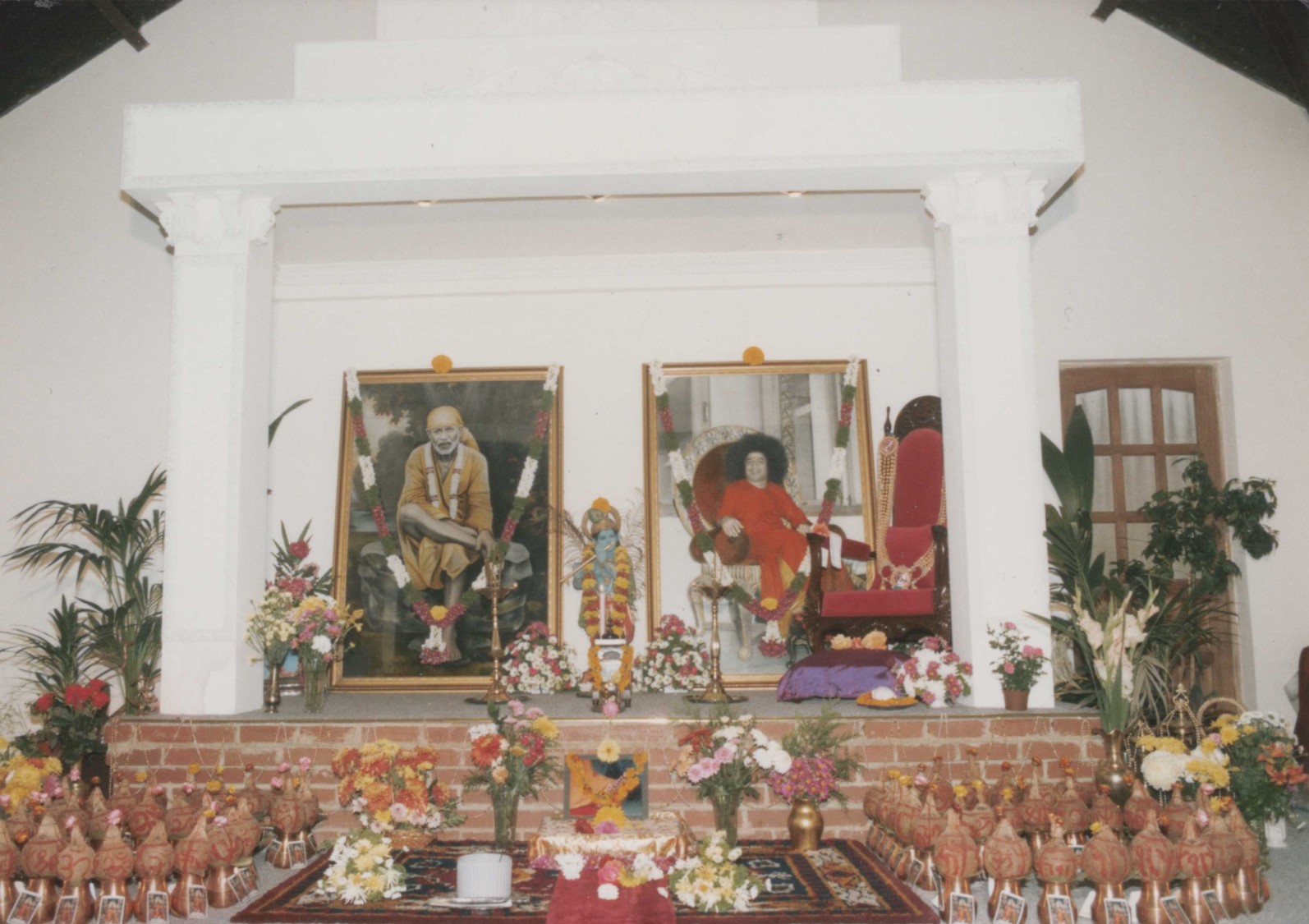 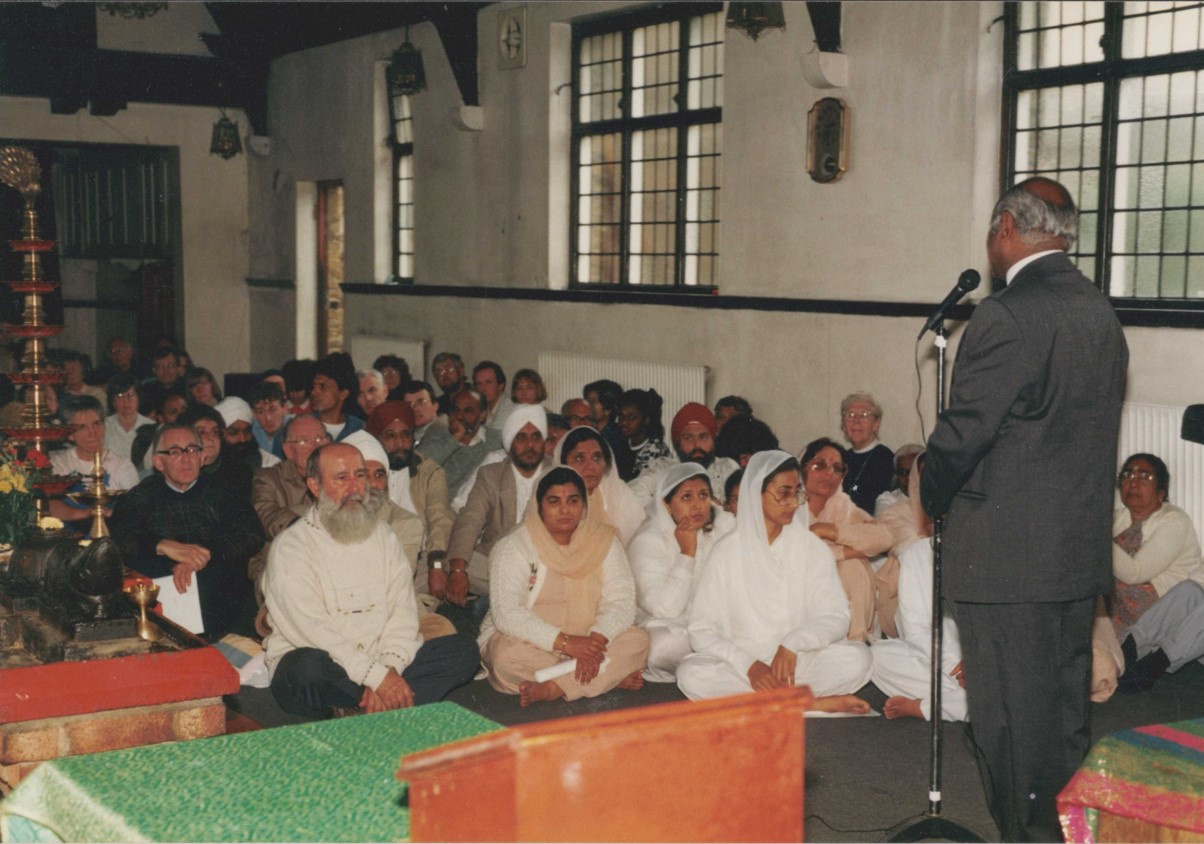