Sri Sathya Sai Baba was born in Puttaparthi, a small village in South India, on November 23, 1926. As a child, he demonstrated exemplary qualities of compassion, generosity, and wisdom, which clearly distinguished him from the other children of his village.

On October 29, 1940, at the age of 14, he declared to his family and to the people of his village that he would henceforth by known as Sai Baba and that his mission was to bring about the spiritual regeneration of humanity by demonstrating and teaching the highest principles of truth, righteous conduct, peace, and divine love.

His mission was further amplified in a letter he wrote to his brother in 1947. I have a task, he said, To foster all mankind and ensure for all of them lives full of bliss. I have a vow: To lead all who stray away from the straight path again into goodness and save them. I am attached to a work that I love: To remove the sufferings of the poor and grant them what they lack.

Sai Baba’s ashram, built by his devotees close to the village where he was born, was inaugurated on November 23, 1950. It is called Prasanthi Nilayam (the Abode of Divine Peace). It has been the gathering place of millions of spiritual pilgrims of various faiths from all over the world. Every day, Sai Baba graciously walks among them to guide, comfort, console, and uplift them.

The small temple dedicated in 1950 has grown into a spiritual oasis of unprecedented magnitude. The temple and the dharshan area in front of it, which is completely covered by a beautiful roof, together encompass an area that is over 10,000 square yards. During the period 14-23 November 1995, the celebrations of the 70th birthday of Sathya Sai Baba took place in Prasanthi Nilayam. More than one million people, including the President and Prime Minister of India, assembled in Prasanthi Nilayam to pay homage to Sathya Sai Baba during the 70th birthday celebrations. 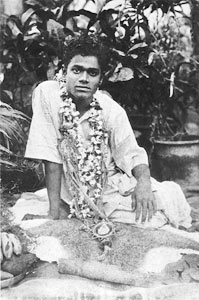 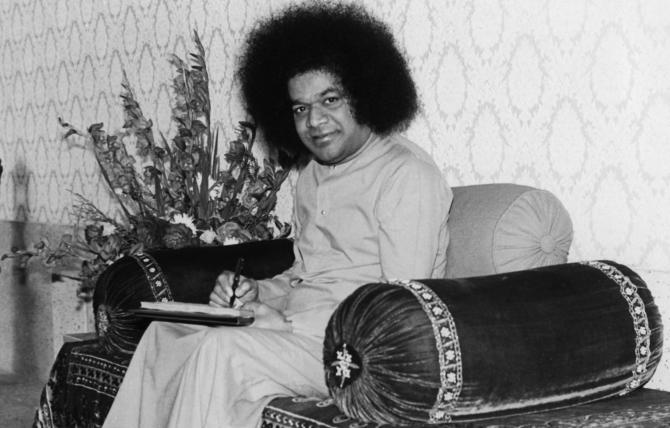 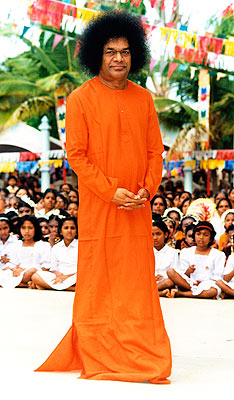 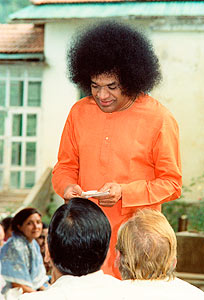 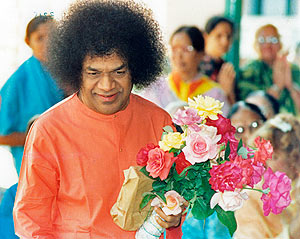 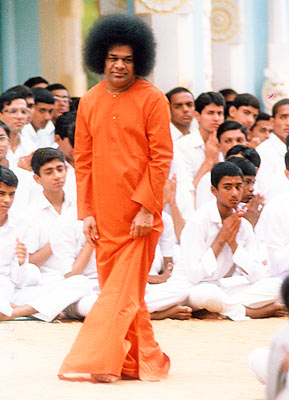 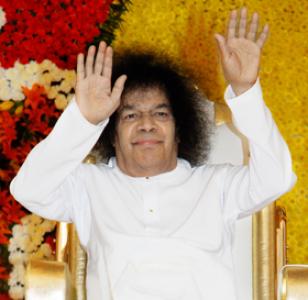 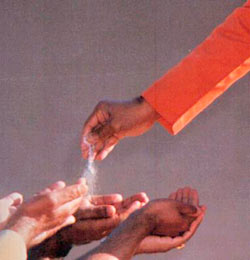